Read More
Ryan was born in Winnipeg, Manitoba, and grew up all over western Canada. Throughout his teen years he pursued political causes to make him feel righteous and then drugs and sex to make him feel happy. Thankfully, when he was 21 he found his righteousness was a joke and his happiness had turned sour. Through the simple and intelligent witness of his step-mom he came to trust Jesus Christ late in the evening just before Good Friday in 1995. Shortly after his conversion he studied at Prairie Bible College in Three Hills Alberta, and then at Tyndale College in Toronto, Ontario. In Toronto, Ryan worked in an inner city church under the leadership of Dr. Stephen Beck. He also met the lovely Christy Joy Teal who became Christy Joy Fullerton shortly after their graduation from college. The next eight years were a whirlwind and included drilling for oil, pastoring a church in a town with a population of 311, having four children (Jordana, Luke, James, and Christopher), starting seminary, stopping seminary, and becoming (somewhere in there) the Lead Pastor of Immanuel. 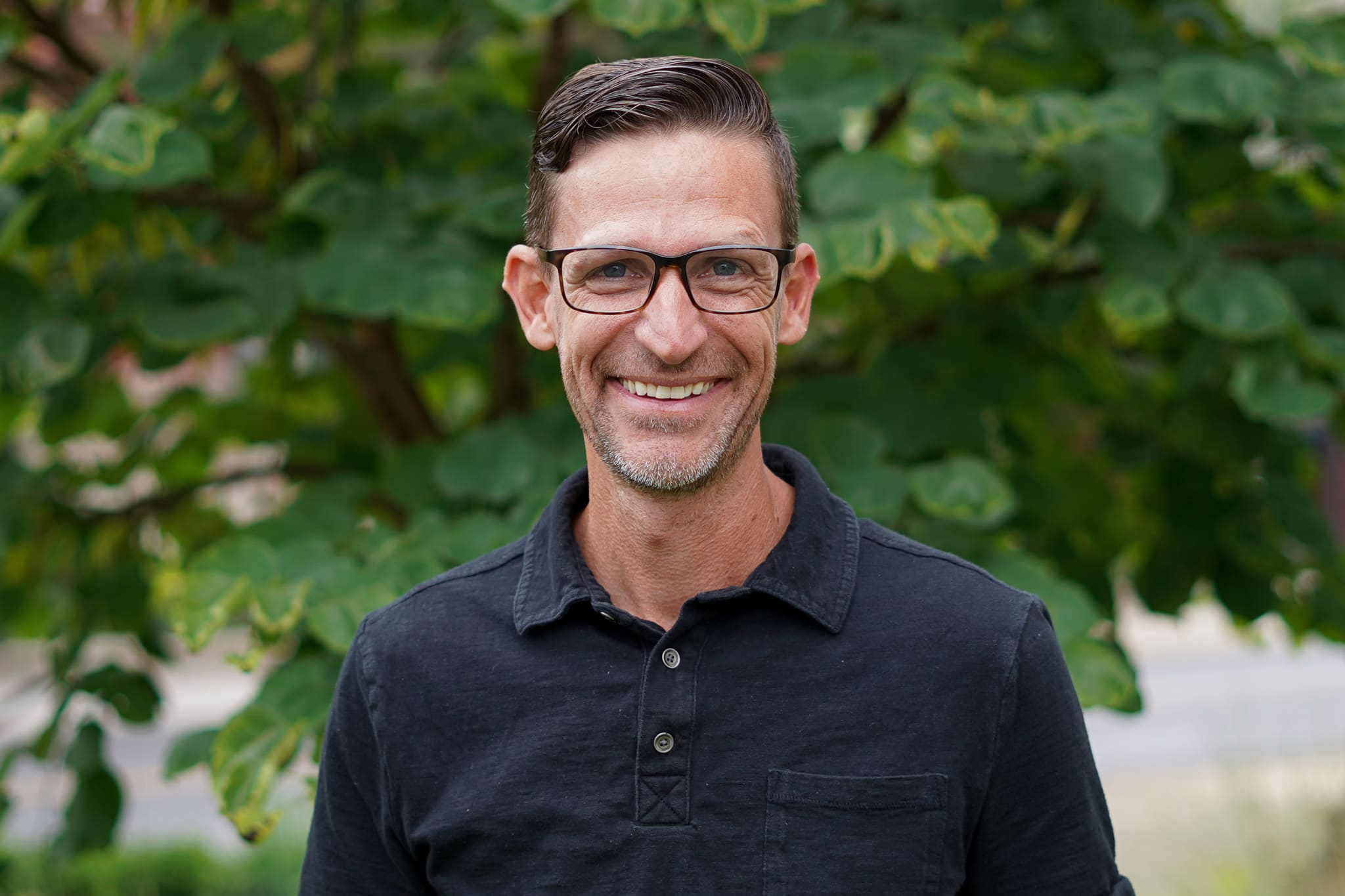 Read More
Pastor Jeff King came to Louisville from Florida. Chomp Chomp. Married to Christy who is his greatest joy in this life, Jeff serves as Immanuel’s Lead Community Discipleship Pastor and primarily oversees the Gospel Community Groups of Immanuel as well as our intensive counseling efforts. Jeff and Christy have two wonderful daughters, Alexis and Rachel who both follow their dad’s footsteps by running cross country. Read More
Donnie has a hard time answering the question, “where are you from?” He was born in North Carolina, but at eight weeks old his family moved to Germany where his parents were missionaries. At twelve, they moved to Lakeland, Florida. He eventually married Becca (after many years of working up the courage to ask her out) and moved to Minneapolis where his two kids (Tripp and Scout) were born. Donnie loves reading great stories. Look no further than his daughter’s name to guess his favorite. He also loves Immanuel and is excited to continue serving this diverse body. 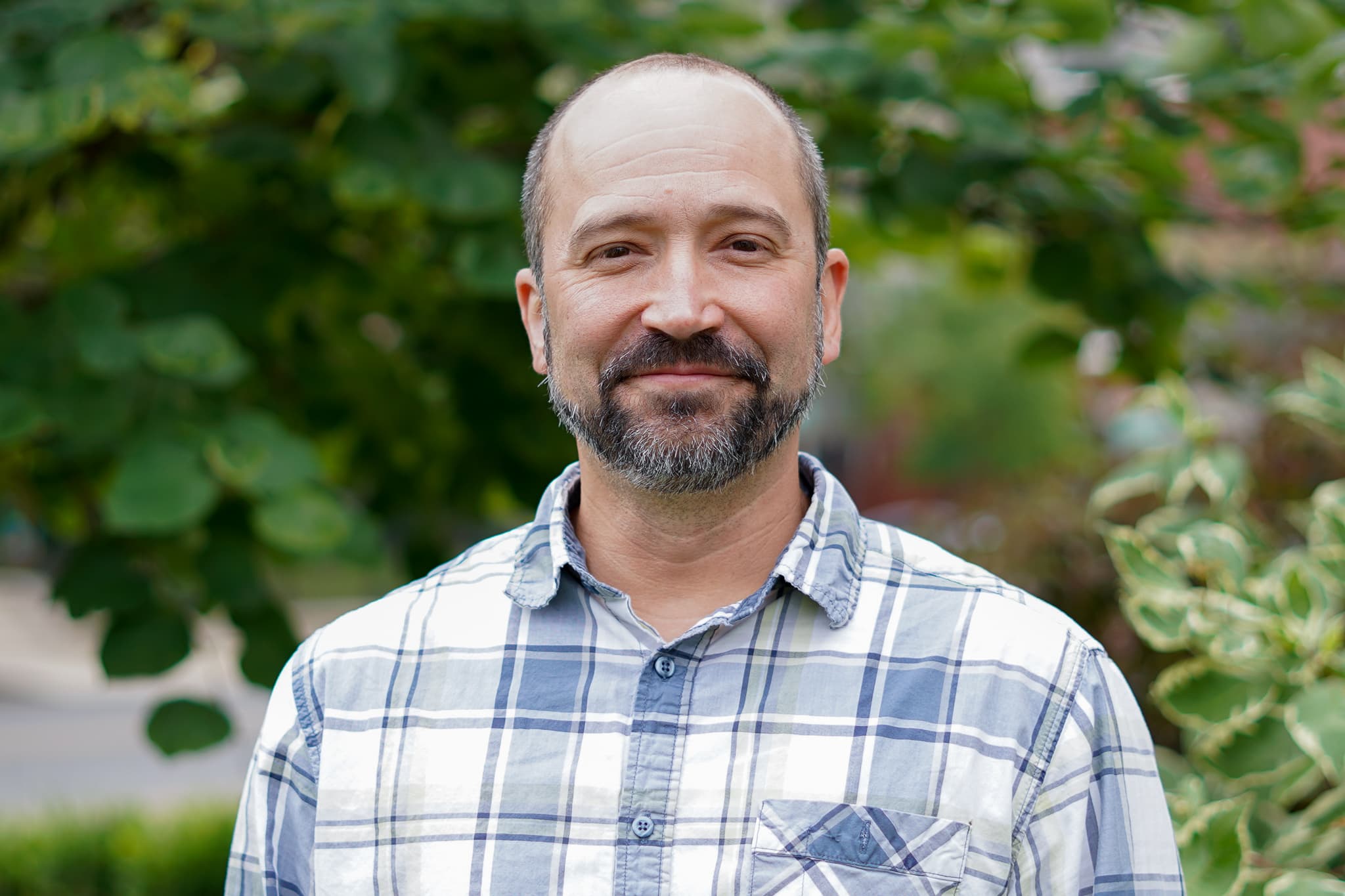 Read More
Ward and his family migrated north from the Louisiana Delta. Ward and his wife Heather have three children, Baylee, Lydia, and Isaac. Ward leads Immanuel’s youth ministry and serves regularly on Sunday mornings as a part of the worship band. Ward drives a Nissan truck, sports a beard, and practices his duck calling skills during Elder and Deacon retreats. Ward serves as Immanuel’s Community Discipleship Pastor and helps raise up and coach Gospel Community Group leaders as well as leads our Youth and Men’s ministry. 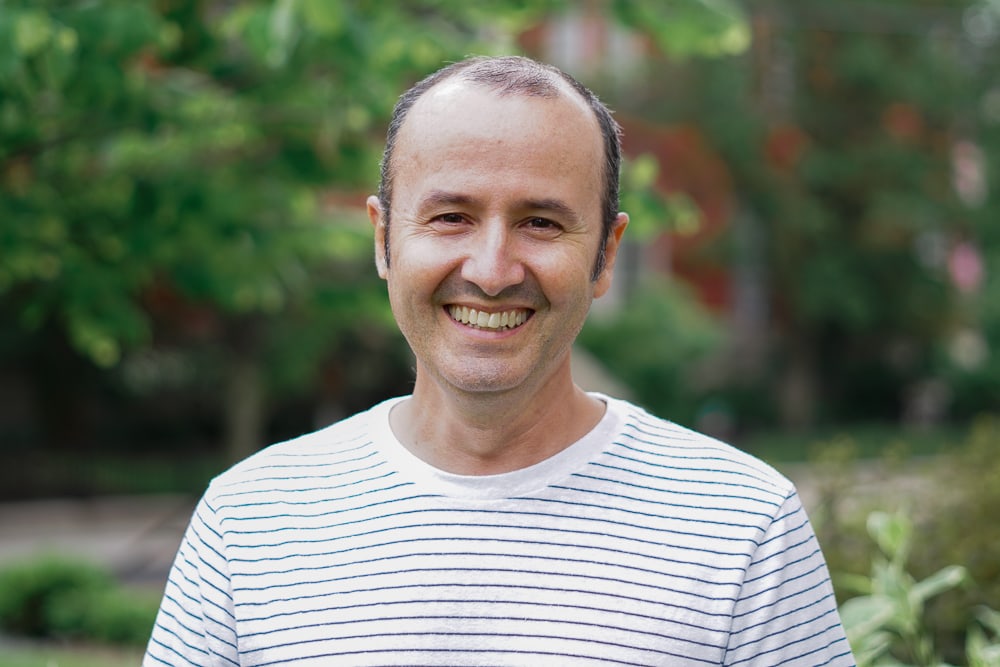 Read More
Andy and his wife have been members at Immanuel for over a decade and have been instrumental in seeing the Gospel go forth to the nations. As Immanuel’s Global Missions Pastor, Andy is responsible for overseeing the care of our international and national workers as well as sending more men and women overseas with the good news of Jesus. 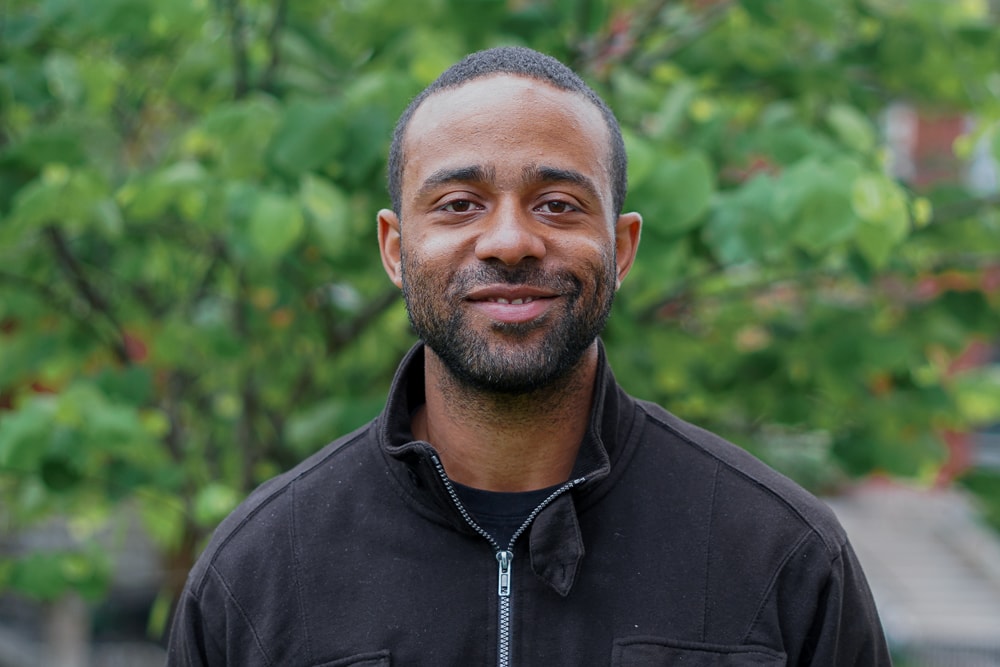 Read More
Evan was born in raised in Louisville and is proud to be a part of the small (but growing!) population of locals at Immanuel. He attended and graduated from the University of Louisville, where the Lord saved him during his senior year. He serves as a leader in the Immanuel youth group and is also leading Immanuel’s college ministry at U of L. Evan loves playing basketball (and most other sports, really), reading, and playing dominoes. He’s also an avid tea drinker and would love to chat with you about the finer points of both theology and tea. Read More
Ben is a country boy at heart. Raised in Kansas loving the ‘amber waves of grain’, Ben came to Kentucky and stayed because of his wonderful wife Sarah whose family has been in Kentucky since 1790. Ben and Sarah have five children, (Karis, Frank, Daniel, Benjamin, and Ruby) a handful of chickens, a big garden, and a chocolate Labrador retriever. Read More
Doug was raised in Louisville and remembers when horses trotted down the bridle paths that used to trace their ways down Southern and Eastern Parkways. Doug is married to Joy and together they minister to many at Immanuel in countless unseen ways. Doug works at an architectural firm in the Louisville metro area and has also pastored churches in rural Shelbyville, KY as well as Louisville. Doug loves to garden and can readily tell you at any time of the year what the last frost date will be. Regardless of what that date is, in accordance with Louisville tradition he will only plant his garden on the first Saturday in May, which is Derby Day. 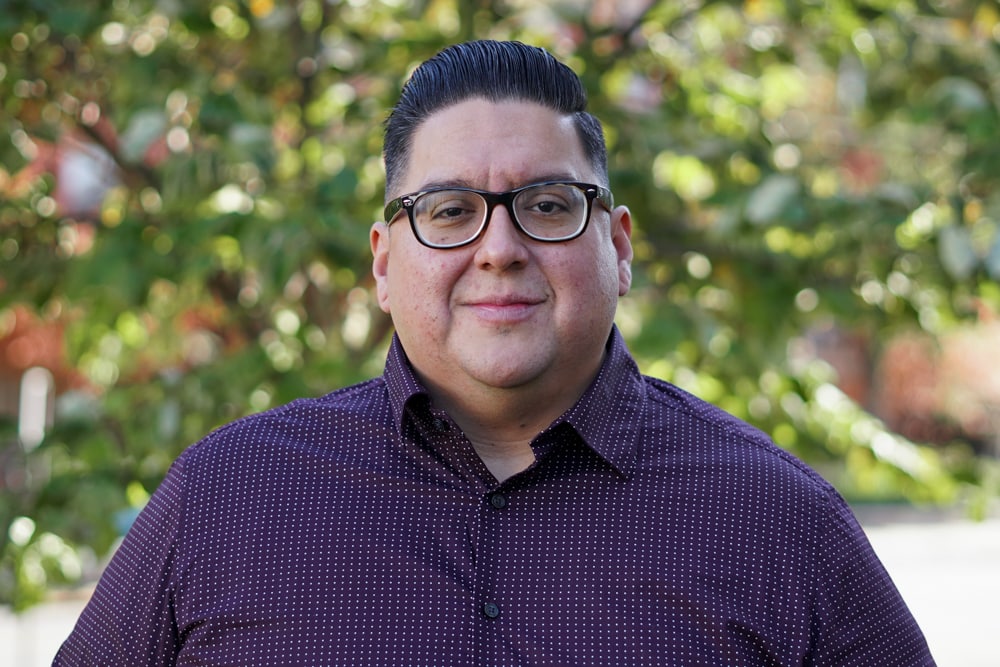 Read More
Dominic and his wife Rebecca have two children they adopted from Ethiopia, Levi and Sophia. Dominic leads at a local financial technology company geared towards financial institutions. He is constantly helping people think about how to use their gifts and skills for the Lord. Dom proudly hails from Texas, hopelessly pulls for Houston sports teams, and fervently longs for someone in Louisville to make good BBQ and Mexican food. 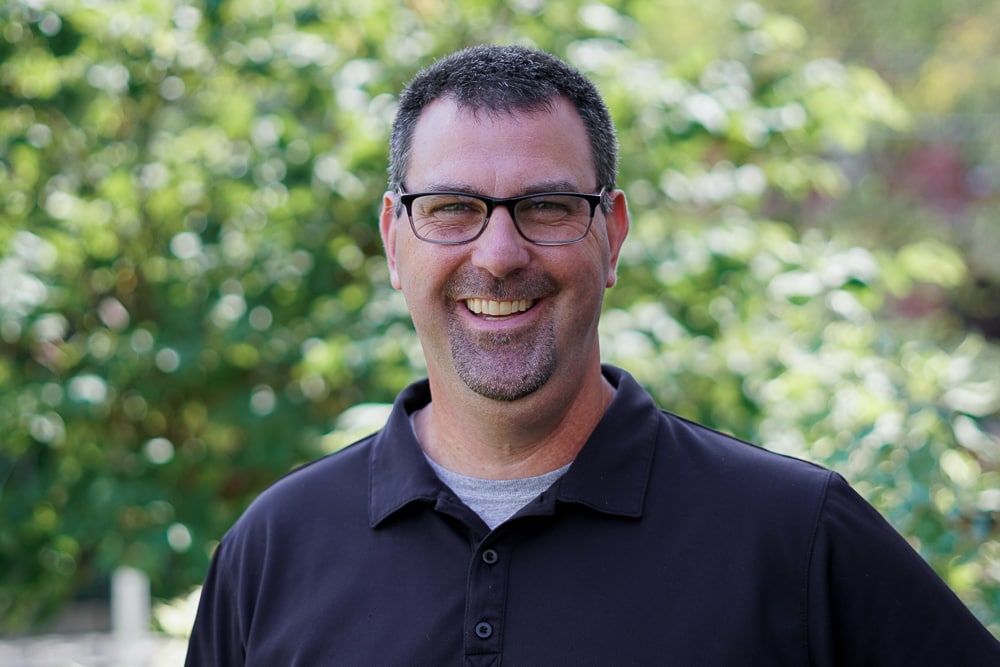 Read More
Tom and Robyn (Aug 1995) have three daughters: Brooklyn (1999), Kylie (2001), and Jadyn (2005). They moved to Kentucky from Arkansas in 2012 to provide discipleship and mentoring in a partnership between Southern Seminary and FamilyLife, where they've served since 2005. They are thankful for how the Lord has grown each of them closer in fellowship with the Lord and the body of Christ at Immanuel since they became members in 2015. Tom became a pastor in 2017 after serving faithfully as a Gospel Community Group leader. The Scotts enjoy biking and playing games together and with friends. 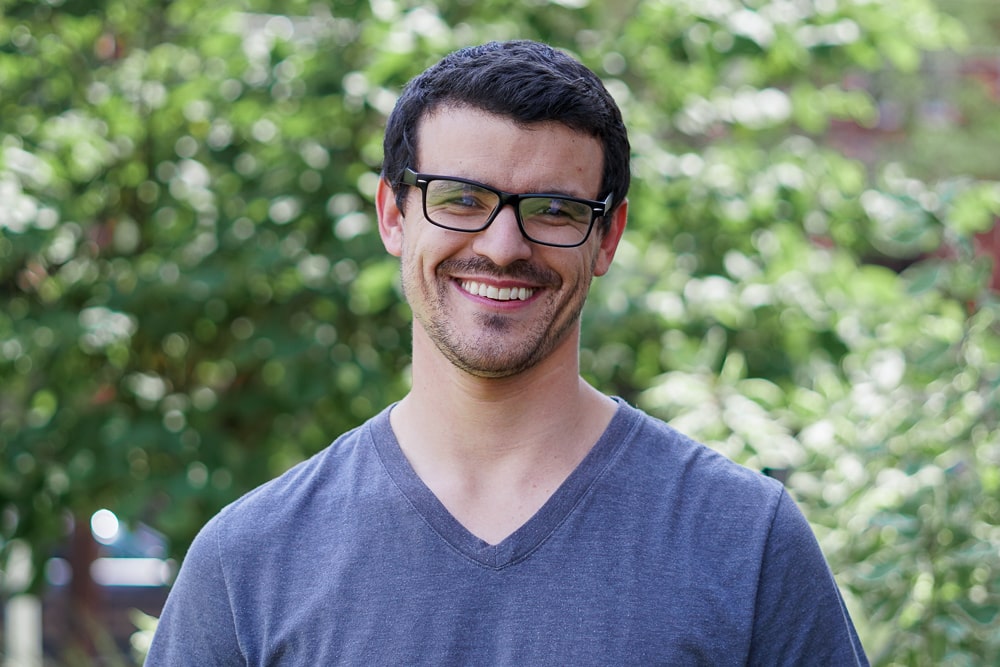 Read More
Jonny hails from the great Northern Ireland and came to Louisville in 2010. He and his wife, Janaye, have two boys, Owen and Walter, and two girls, Margaret and Evelyn. Jonny enjoys a wide variety of recreational activities like reading, grilling out, playing rugby with the boys, and watching baseball (while his wife explains the rules). The Lord has gifted him in teaching and serving others in hospitality along with his wife. Read More
Pastor Jones was born and raised in a town in the North West Region of Cameroon in Africa, and God gave him new life when he was teenager through the preaching of a missionary. He’s married to the love of his life, Nicoline, and together they have three boys, Nethanel, Mishael, and Eliezer. The Lord has gifted Jones in preaching and shepherding the saints, and he’s excited to help Immanuel grow up into maturity in Christ. In his free time, he’s usually got his nose buried in a book. 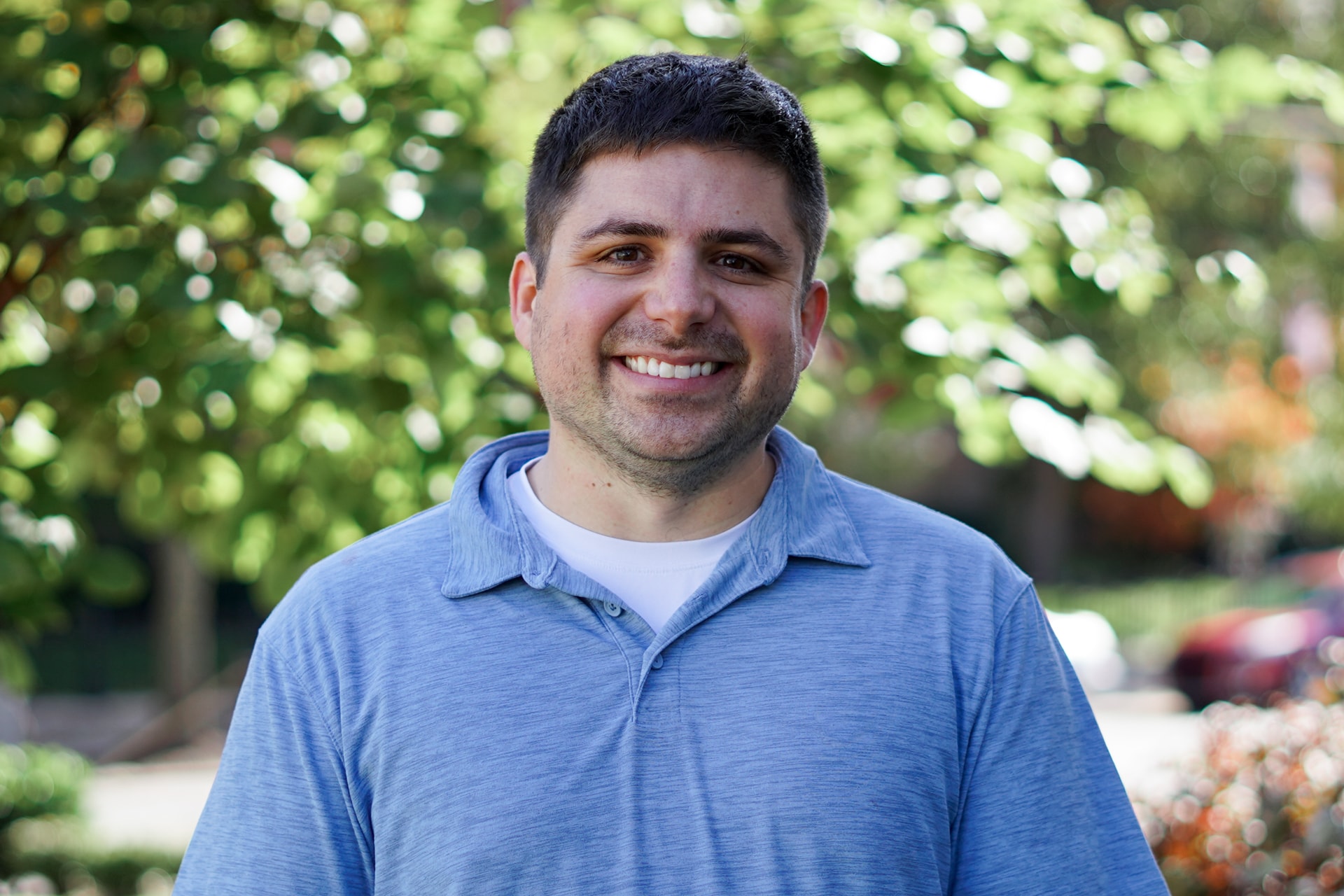 Read More
Jeremy was born and raised in a beach town in southern Massachusetts. After being trained as an electrician he moved to Louisville in order to join Immanuel Baptist Church. Where he met his lovely wife Anna and together they have 6 children. Currently, Jeremy is studying at The Southern Baptist Theological Seminary and working as an Electrician. You can often find him reading a good theology book, drinking coffee with his wife, or playing Nerf guns with his kids. He is grateful to serve the saints at Immanuel as one of the pastors. 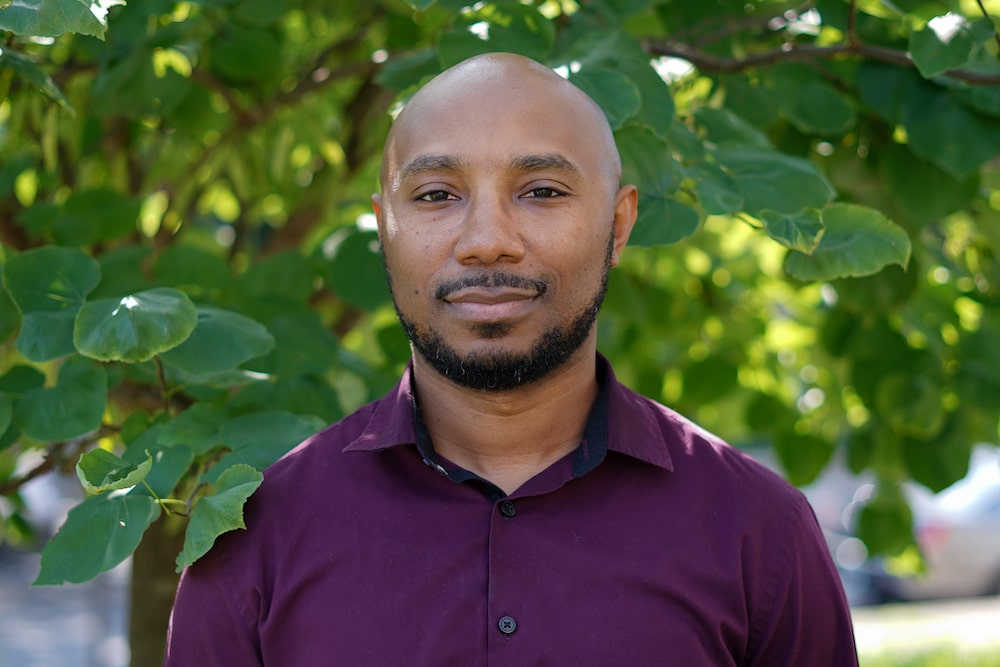 Read More
James and his wife India are originally from Detroit, Michigan. They were married in 2008 and have four children: Zion, little James, Jude, and Trinity. James and his family moved to Louisville from the Motor City in 2012 and joined Immanuel shortly afterward. James enjoys spending quality time with his wife and children, especially date nights with India. In addition to serving as a pastor at Immanuel, James also works in the auto industry. When he has free time, he loves to root for his hometown Detroit sports teams, enjoy good coffee, and read good books.

Read More
Daniel was born and raised in Monterrey, Mexico, and moved to the North Texas area when he was 15 years old. There he came to know the Lord Jesus (in a Philosophy class!), and later his wife, Stevie. They now have 4 children—Niel, Sebastian, Benaiah, and Phoebe—and are currently in the process to foster. As a family, they love involving friends in their family activities, as well as, serving the Refugee community in Louisville. They also love grilling and making tacos for people, so don't hesitate to reach out! Daniel is personally very fond of reading, playing soccer, doing artwork, and learning other languages.

Read More
David was born and raised just outside Orlando, FL. By God's grace, David began to trust in the Lord Jesus at a young age, and the Lord has given him a desire to serve and build up Christ's church through teaching the Scriptures, showing hospitality, and loving the saints. David and his wife, Caroline, moved to Louisville to study at The Southern Baptist Theological Seminary, and they joined Immanuel in 2017. They have four children: Ezra, Tabitha, Anna, and Ruth. David enjoys taking walks with his family, spending time outdoors, reading a good book, and sipping on a cup of coffee with Caroline. David works at a Louisville-based research and consulting firm.